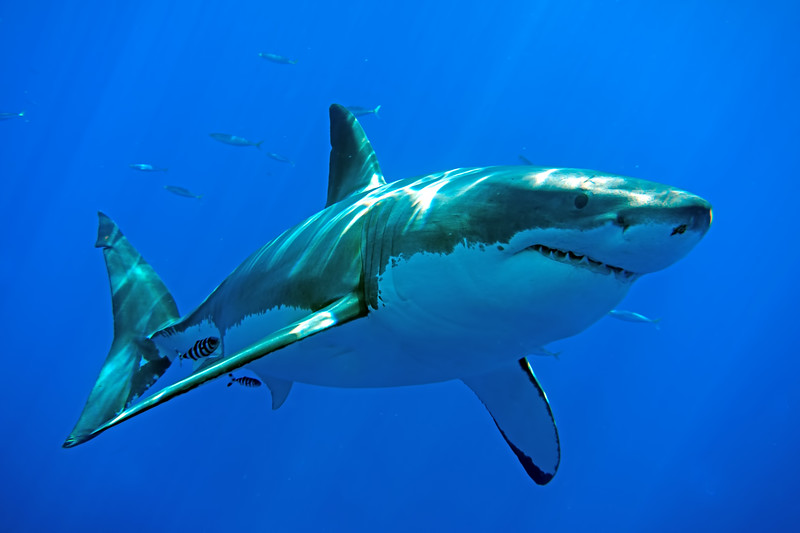 It was a bucket list thing for me. I've been diving for 34 years and have seen many sharks, but nothing can compare to a great white. The best place in the world to find them is near Isla Guadalupe, a volcanic outcropping about 160 miles southwest of Ensenada, Mexico. Guadalupe was declared a pinniped sanctuary by the Mexican government in 1975. As a result, fur seals, sea lions, and elephant seals breed in large numbers on the beaches during the fall. Great white sharks congregate here during breeding season to feast on young pinnipeds.

The water is usually crystal clear, often with visibility exceeding 100 feet, an absolute dream for divers. Because food is abundant, the sharks around Isla Guadalupe are relaxed. Their curiosity takes over when boats arrive and these strange beings descend in cages to watch them.