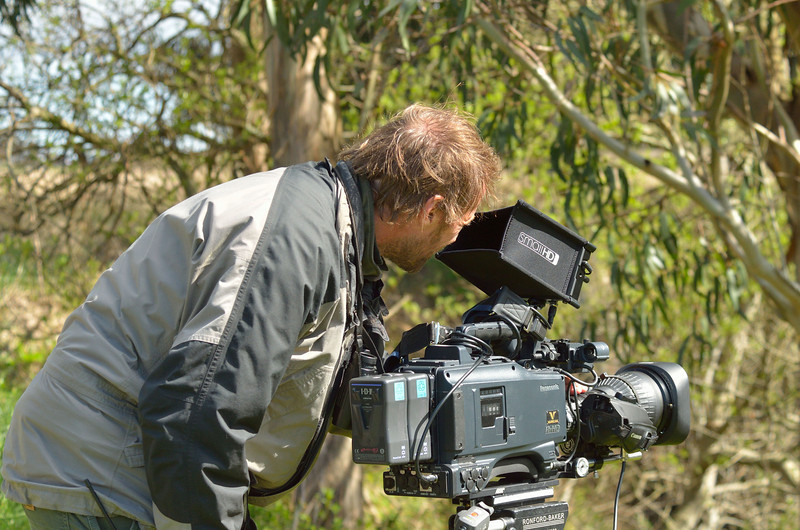 (Monday, March 21, 2011) A Discovery Channel crew has been filming bobcats in Marin County for the past 10 days and will continue into next week. They were also here last year and may return again next year. They're shooting an 8-part series on North American wildlife that will air in late 2012 or early 2013. It's been a joy to meet these guys and listen to their stories. Interestingly, the producer told us that Marin County is just about he only place bobcats can be seen by humans. Most bobcats are secretive and nocturnal, but the wealth of food (rodents) in Marin County draws them out in the daytime in spite of all us human types encroaching on their habitat. However, in just a few weeks even "our" bobcats will turn nocturnal to better hunt easy prey - baby rabbits.