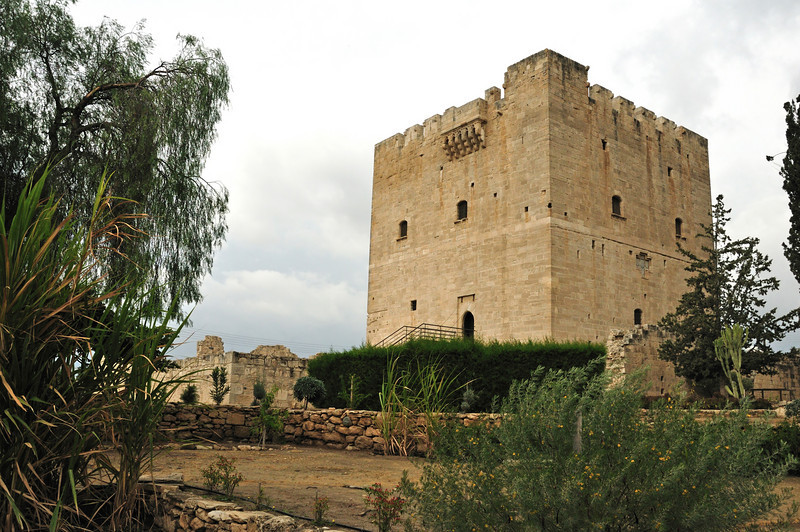 We didn't know much about Cyprus other than what we'd read in the ship newsletter: it gained independence from the UK in 1960; an informal separation of the two ethnic communities (Greek and Turkish) occurred in 1963; this separation was further solidified in 1974 after a Greek military-junta-supported coup attempt gave the Turkish Cypriots de facto control in the north; Greek Cypriots control the only internationally recognized government even though the Turks declared independence in 1985.

We docked in Limassol early in the morning and hired a guide/driver at the pier. We wanted to go to Pafos, famous for its mosaics. Since Pafos is a long way from Limassol (36 miles), we didn't think we'd get to see much more of the island. We were wrong.... our driver took the "slow" coastal route to Pafos, stopping at all the interesting sites along the way. This was the first one - Kolossi Castle, a well-preserved stronghold built by the Crusaders.